Nikka From The Barrel

Nikka From The Barrel is a blended whisky which was released in 1985. This expression was created with the goal of delivering complete tastes and richness of whiskey "from the barrel," which can only be sniffed and tasted by blenders. The unusual mix of sophisticated blending, higher ABV 51.4 percent, and "marriage" procedure is the secret behind its beautiful flavor.

The distinctive square bottle symbolizes the strong and rich tastes of the whiskey inside, reflecting the notion of "a tiny block of whisky." The bottle is still stylish, timeless and appreciated for its ultimate simplicity many years after it was first introduced.

Crafted with a complex blend of 100 types of malt & grain, the whiskey is then re-aged in second hand barrels for a few more months. This "marriage" process harmonizes all of the formula's components, giving it a smooth, mellow flavor. Nikka blenders developed the optimum flavor profile via numerous tests, and bottling is regulated at 51.4 percent ABV, roughly comparable to 90 British proof.

Notes of cut flowers and fresh fruits, spice and oak.

Full-bodied and punchy. Plenty of winter spice and toffee, a little caramel with vanilla and a good mouthful of fruit.

Long, warming and fruity with a little oaken spice. 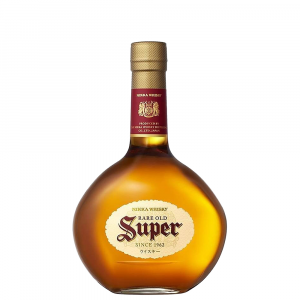